Jan Suda, an excellent botanist who worked at the Institute of Botany of the CAS and at the Faculty of Science of the Charles University in Prague, died on Thursday 9 March.

Ecological Society of America (ESA) announced 2017 award recipients - Petr Pyšek from the IB will be awarded Robert H. Whittaker Distinguished Ecologist Award. The Whittaker Award recognizes an ecologist with an earned doctorate and an outstanding record of contributions... Special issue of Folia Geobotanica on wetlands has been published

The special issue of Folia Geobotanica on wetlands was dedicated to Dagmar Dykyjova (1914-2011), an outstanding plant ecologist and physiologist who devoted much of her research to the study of the structure and functioning of the vegetation of predominantly freshwater... For the first time, a comprehensive assessment of European habitats has been carried out, providing a clear picture of the state of the 490 habitats in 35 countries across Europe, from the Arctic Circle to the Mediterranean Sea, and in...

Jan Kolář from the Department of Vegetation Ecology was awarded the Dean’s Award for his Ph.D. dissertation Territoriality and Regional Aspects in the Final Eneolithic in Moravia defended at the Faculty of Arts of the Masaryk University in Brno. At the...

Petr Pyšek was awarded the František Běhounek Award for promoting and popularizing Czech science and spreading the good name of the Czech Republic. The award associated with the name of an important Czech physicist, academic, and writer, František Běhounek, is...

This year, Professor Petr Pyšek has appeared on the Highly Cited Researchers list for the third year running, while Prof. Vojtěch Jarošík has been named for the second time, and Ing. Jan Pergl, PhD, has made his first appearance. All...

Until 31 March 2017, Visitors centre of the Průhonice park hosts the exhibition How to preserve our landscape for future generations, created by Biology Centre of the CAS and Institute of Botany of the CAS. With this exhibition we aim...

A study led by ecologists from the University of Konstanz, Mialy Razanajatovo and Mark van Kleunen, with participation of two researchers from the Institute of Botany, The Czech Academy of Sciences, Petr Pyšek and Jan Pergl, shows that plants able...

On Wednesday November 2, from 9:30 a.m. to 4 p.m., Brno Research Division of the Institute of Botany of the Czech Academy of Sciences (Lidická 25/27, Brno) will be open to public. Come to find out more about the work...

A highlight of the paper Using historical ecology to reassess the conservation status of coniferous forests in Central Europe published in Conservation Biology appeared in the Research highlights section of the journal Nature (538, 9, 06 October 2016). LONGWOOD is...

Martin Kopecký from Institute of Botany was awarded the Award of the CAS for young scientific employees for outstanding results of scientific work, achieved with the financial support of the CAS before reaching the age of 35. His work focuses... 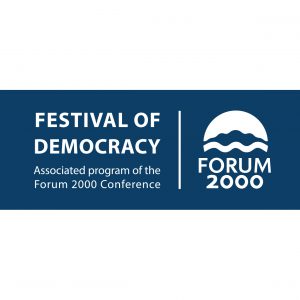 Forests and climate change – how to take responsibility?

The Institute of Botany of the Czech Academy of Sciences, in collaboration with the Biology Centre CAS and the Commission for the Environment CAS, cordially invites you to a discussion seminar Forests and climate change - how to take responsibility?... 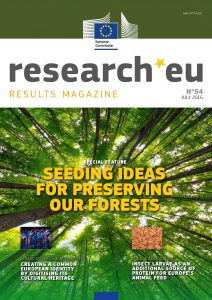 "I would advise against grand conservation schemes", says Péter Szabó, principal investigator of the ERC project LONGWOOD from IB, in an interview published in research*eu - the official European Commission magazine on results from EU-funded research projects (Issue 54 -...

A new issue of Folia Geobotanica has been published – 1/2016

Changes in the functional trait composition and diversity of meadow communities induced by Rhinanthus minor L. by O. Mudrák et al. or Do Landscape Structure and Socio-Economic Variables Explain the Solidago Invasion? by M. Szymura et al. are just two...

Plant Biology Europe EPSO / FESPB Congress 2016 was held in June in Prague with a support of the Institute of Botany of the Academy of Sciences of the Czech Republic.

During 26-29 June, 2016, one of the most importnat meetings in plant biology this year „Plant Biology Europe EPSO / FESPB Congress 2016“ was held in Prague. More than 900 scientists from 58 countries of the whole world participated in...

Programme of the music festival A-fest in Park September 3

The programme of the music festival A-fest in Park which will take place on Saturday September 3 in the Průhonice Park and Castle has been published. 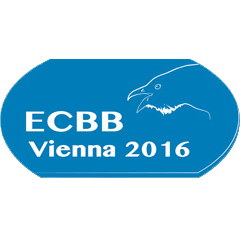 Pavel Pipek from IB has been awarded The Best Student Poster Award at the 8th European conference on Behavioural Biology, 12.-18. 7. 2016, Vienna (http://ecbb2016-vienna.com), for his poster presentation YELLOWHAMMERS.NET – invasive songbird shows a higher dialect diversity in invaded...