Flora of the Czech Republic 8

Among the basic works of the Czech botanical literature, the nine-volume Flora of the Czech Republic represents the most extensive and comprehensive encyclopaedia critically evaluating the flora of this country from the viewpoint of taxonomy and chorology. It is a complex and critical taxonomic and chorological elaboration with karyological, ecological and phytosociological characteristics of individual species. Treatments are based on original studies of plant material, by using contemporary modern methods. The eighth volume presents the first complete and taxonomically critical treatment of the genus Taraxacum (with 179 species) and further 27 families of Monocotyledons with 75 genera and 199 numbered species. Among the more important families, Potamogetonaceae, Liliaceae, Orchidaceae, Iridaceae, Convallariaceae and Hyacinthaceae are included in this volume. The team of authors of this volume includes 29 botanists. Text is accompanied with 104 original tables of drawings 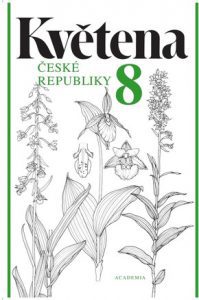 Štěpánková J., Chrtek J. jun. & Kaplan Z. (eds) 2010. Květena České republiky. Vol. 8. – Academia, Praha, 712 pp.
Economics of biological invasions: historical legacy yields invasion debt
The importance of biogeographic, climatic, economic, and demographic factors as drivers of biological invasions that can disrupt ecosystems and cause severe ecological or agricultural damage, is increasingly being realized but as yet there was no consensus regarding their relative importance. The two studies, based on the occurrence of invasive species from a wide range of taxonomic groups (fungi, plants, invertebrates, vertebrates) in terrestrial and aquatic habitats of 55 European regions, are the first to show that economic and demographic factors are key drivers across a range of invasive taxa and that these factors are more important than regional differences in geography and climate. Next to human population density, the most important factor determining how many species of invasive plants and animals a country will harbour is the long-standing national wealth (Fig. 1). This is because mechanisms of species invasion are often associated with human-induced disturbances that create landscapes suitable for invasions, and with international trade. The economic and demographic variables reflect the intensity of human activities and integrate the effect of factors that directly determine the outcome of invasion such as propagule pressure, pathways of introduction, eutrophication, and the intensity of anthropogenic disturbance. The study concluded that other possible factors, such as climate, geography or land cover, were less significant than population density and wealth, and that those secondary causes may have been overestimated in previous studies (Pyšek et al. 2010). However, the majority of currently present invasive species have been introduced to Europe long ago and it has been known that that there is often delay between first introduction of a species in a new territory and its establishment and spread. By taking an historical approach, we provide an explicit test of this phenomenon. We selected three predictors of socio-economic activity linked to invasions (human population density, per capita GDP, and trade intensity) and demonstrated that current alien species richness is better explained by socio-economic data from 1900 than from 2000. The strength of the historical signal varies among taxonomic groups with those possessing good capabilities for dispersal (birds, insects) more strongly associated with recent levels of socioeconomic drivers. Nevertheless, the results suggest a considerable historical legacy for the majority of the species groups analyzed. This suggests that invasions triggered by current economic behavior will possibly take a long time to become fully realized, causing what the researchers call an “invasion debt” (Essl et al. 2010). These results are important for the European policy towards invasive species. The strong influence of economic and demographic variables on the levels of invasion by alien species demonstrates that future solutions to the problem of biological invasions at a national scale lie in mitigating the negative environmental consequences of human activities that generate wealth and by promoting more sustainable population growth.
Pyšek P., Jarošík V., Hulme P.E., Kühn I., Wild J., Arianoutsou M., Bacher S., Chiron F., Didžiulis V., Essl F., Genovesi P., Gherardi F., Hejda M., Kark S., Lambdon P.W., Desprez-Loustau A.-M., Nentwig W., Pergl J., Poboljšaj K., Rabitsch W., Roques A., Roy D.B., Shirley S., Solarz W., Vilà M. & Winter M. 2010. Disentangling the role of environmental and human pressures on biological invasions across Europe. Proceedings of the National Academy of Sciences of the United States of America 107: 12157–12162.
Essl F., Dullinger S., Rabitsch W., Hulme P.E., Hülber K., Jarošík V., Kleinbauer I., Krausmann F., Kühn I., Nentwig W., Vilà M., Genovesi P., Gherardi F., Desprez-Lousteau M.-L., Roques A. & Pyšek P. 2010. Socioeconomic legacy yields an invasion debt. Proceedings of the National Academy of Sciences of the United States of America (early view, doi/10.1073/pnas.1011728108)
Genomic composition and evolution of the allohexaploid Elymus repens (Poaceae, Triticeae)
To disentangle the allopolyploid origin of hexaploid Elymus repens, four accessions from its native Central European distribution area were analysed using sequencing of multi-copy (internal transcribed spacer, ITS) and single-copy (granule-bound starch synthase I, GBSSI) DNA in concert with genomic and fluorescent in situ hybridization (GISH and FISH). Despite extensive ITS homogenization, nrDNA in E. repens allowed us to identify at least four distinct lineages. Apart from Pseudoroegneria and Hordeum, representing the major genome constituents, the presence of further unexpected alien genetic material, originating from species outside the Triticeae and close to Panicum (Paniceae) and Bromus (Bromeae), was revealed. GBSSI sequences provided information complementary to the ITS. Apart from Pseudoroegneria and Hordeum, two additional gene variants from within the Triticeae were discovered: one was Taeniatherum-like, but the other did not have close relationship with any of the diploids sampled. GISH results were largely congruent with the sequence-based markers. GISH clearly confirmed Pseudoroegneria and Hordeum as major genome constituents, and further showed the presence of a small chromosome segment corresponding to Panicum. It resided in the Hordeum subgenome and probably represents an old acquisition of a Hordeum progenitor. Spotty hybridization signals across all chromosomes after GISH with Taeniatherum and Bromus probes suggested that gene acquisition from these species is more likely due to common ancestry of the grasses or early introgression than to recent hybridization or allopolyploid origin of E. repens. Physical mapping of rDNA loci using FISH revealed that all rDNA loci except one minor were located on Pseudoroegneria-derived chromosomes, which suggests the loss of all Hordeum-derived loci but one. Hypothetical scenarios of hexaploid Elymus repens’ origin are proposed and discussed (Fig. 1). Our results showed that E. repens has experienced a very complex evolutionary history likely involving multiple hybridizations and allopolyploidization in its native distribution area (Mahelka & Kopecký 2010).

Mahelka V. & Kopecký D. 2010. Gene capture from across the grass family in the allohexaploid Elymus repens (L.) Gould (Poaceae, Triticeae) as evidenced by ITS, GBSSI, and molecular cytogenetics. Molecular Biology and Evolution 27: 1370–1390.

Homogenization of European flora: impact of biological invasions and their management
Invasive species are a major element of global change and are contributing to biodiversity loss, ecosystem degradation, and impairment of ecosystem services worldwide. Research is shedding new light on the ecological and economic consequences of invasions; new approaches are emerging for describing and evaluating impacts of invasive species, and for translating these impacts into monetary terms. Among the activities that are receiving the most attention and that have the most promise for reducing problems are risk assessment, pathway and vector management, early detection, rapid response, and new approaches to mitigation and restoration (Pyšek & Richardson 2010). Recent comprehensive data provided through the DAISIE project have facilitated the development of the first pan-European assessment of the impacts of alien plants, vertebrates, and invertebrates – in terrestrial, freshwater, and marine environments – on ecosystem services. There are 1094 species with documented ecological impacts and 1347 with economic impacts. The two taxonomic groups with the most species causing impacts are terrestrial invertebrates and terrestrial plants. The North Sea is the maritime region that suffers the most impacts. Terrestrial invertebrates create greater economic impacts than ecological impacts, while the reverse is true for terrestrial plants. Alien species from all taxonomic groups affect ecosystem services and interfere with human well-being. Terrestrial vertebrates are responsible for the greatest range of impacts, and these are widely distributed across Europe (Vilà et al. 2010). On of the concrete impacts of plant invasions in Europe is homogemization of regional floras. Human activities have altered the composition of biotas through two fundamental processes: native extinctions and alien introductions. Both processes affect the taxonomic (i.e., species identity) and phylogenetic (i.e., species evolutionary history) structure of species assemblages. Considering both native losses and alien additions in concert reveals that plant invasions in Europe since AD 1500 exceeded extinctions, resulting in (i) increased taxonomic diversity (i.e., species richness) but decreased phylogenetic diversity within European regions, and (ii) increased taxonomic and phylogenetic similarity among European regions (Fig. 1). As a result, floras of many European regions have partly lost and will continue to lose their uniqueness. The results suggest that biodiversity needs to be assessed in terms of both species taxonomic and phylogenetic identity, but the latter is rarely used as a metric of the biodiversity dynamics (Winter et al. 2009).

Polyploidization and iteraction with herbivores

Polyploidization is an important mechanism for sympatric speciation in plants. Still, we know little about whether plant polyploidization leads to insect host shifts, and if novel interactions inﬂuence habitat and trait selection in plants. We investigated herbivory by the ﬂower bud gall-forming midge Dasineura cardaminis on tetraploids and octoploids of the herb Cardamine pratensis. Gall midges attacked only octoploid plant populations, and a transplantation experiment confirmed this preference. Attack rates were higher in populations that were shaded, highly connected or occurred along stream margins. Within populations, late-flowering individuals with many flowers were most attacked. Galling reduced seed production and significantly influenced phenotypic selection on flower number. Our results suggest that an increase in ploidy may lead to insect host shifts and that plant ploidy explains insect host use. In newly formed plant polyploids, novel interactions may alter habitat preferences and trait selection, and influence the further evolution of cytotypes (Arvanitis et al. 2010).