Long-term woodland dynamics in Central Europe: from estimations to a realistic model (2012–2016)

Long-term woodland dynamics in Central Europe: from estimations to a realistic model

LONGWOOD is a five-year project financed by the European Research Council (ERC –erc.europa.eu) in its Starting Grant scheme. The mission of ERC is to encourage the highest quality research in Europe through competitive funding and to support investigator-initiated frontier research. The principal investigator of the LONGWOO project is Péter Szabó. 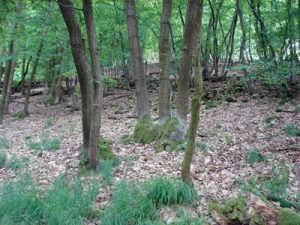 The interdisciplinary LONGWOOD project connects several disciplines that deal with past environments. Its starting point is the assumption that the vegetation of Central Europe has been directly influenced by humans for at least eight millennia; the original forests have been gradually transformed into today’s agricultural landscape. However, there is more to this landscape change than the simple disappearance of woodland. Forests have been brought under various management regimes, which profoundly altered their structure and species composition. The details of this process are little known for two main reasons. The greatest obstacle is the lack of cooperation among the disciplines dealing with the subject. The second major problem is the differences in spatio-temporal scaling and resolution used by the individual disciplines. Existing studies either concern smaller territories, or cover large areas (continental to global) with the help of modelling-based generalizations rather than primary data from the past.  Using an extensive range of primary sources from history, historical geography, palaeoecology, archaeology and ecology, this interdisciplinary project aims to reconstruct the long-term (Neolithic to present) patterns of woodland cover, structure, composition and management in a larger study region (Moravia, the Czech Republic, ca. 27,000 km2) with the highest spatio-temporal resolution possible. Causes for the patterns observed will be analyzed in terms of qualitative and quantitative factors, both natural and human-driven, and the patterns in the tree layer will be related to those in the herb layer, which constitutes the most important part of plant biodiversity in Europe. This project will introduce woodland management as an equal driving force into long-term woodland dynamics, thus fostering a paradigm shift in ecology towards construing humans as an internal, constitutive element of ecosystems. By integrating sources and methods from the natural sciences and the humanities, the project will contribute to a more reliable methodology for woodland management and conservation in Central Europe. 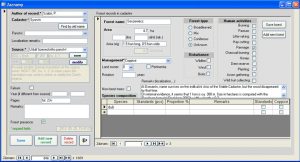 The project will proceed in four phases: