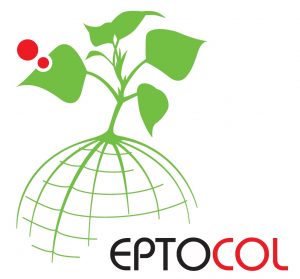 The EPTOCOL project (CZ0092) was conducted in 2008-2011 owing to support of   the Kingdom of Norway through the Norwegian Financial Mechanism. Three partner organizations participated in the project: Institute of Botany ASCR as a project promoter, Czech University of Life Sciences Prague and Bioforsk, the Norwegian Institute for Agricultural and Environmental Research.

The main goal of the project was to optimize a biotechnology for cultivation of fast-growing  trees (FGT) in soils contaminated by risk elements. Contaminated environs of the city Příbram was selected as a model locality. Within the Czech republic the Příbramsko region belongs to regions with high level of contamination by risk elements, but it is simultaneously intensively used for farming. The elimination of contaminated areas from agricultural production is not feasible for economical and social reasons without an appropriate compensation for subjects operating in the affected areas. Cultivation of FGT on the polluted sites has recently gained considerable attention. This novel biotechnology brings an alternative use of the contaminated areas, enables partial cleaning of the polluted soils and reduces the risk of heavy metals entering the food chain. Moreover, it offers jobs in the agricultural sector and utilization of the produced biomass as an alternative source of energy on a local scale. The technology fits in the concept of employing the marginal and man-influenced soils for renewable energy production. 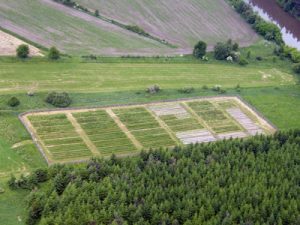 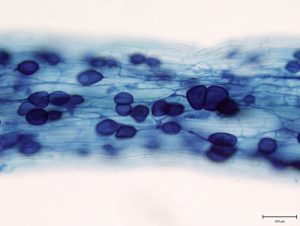 Inoculation of FGT with symbiotic microorganisms, namely mycorrhizal fungi, represents an important factor with respect to the biomass yield and the remediation success. Soil microbes have crucial impact on survival and growth of outplantings as well as the transfer of risk elements in the soil profile and their uptake by plants. Another important aspect of FGT crops is keeping the soil nutrients in balance by means of fertilization. Two waste products are particularly suitable to be used in FGT plantations on contaminated sites, a sewage sludge and incinerator ashes. Thus, microbial inoculation together with fertilization by the above mentioned waste materials was tested within the project.

Setting up FGT plantations was preceded by preliminary soil sampling, laboratory and greenhouse experiments, aim of which was optimization of the field-tested biotechnology. The technology was primarily tested on moderately polluted soil (no phytotoxic signs) in vicinity of the metallurgical plant Kovohutě Příbram nástupnická a.s. However, we also tested the technology on extremely contaminated soil in the alluvium of the Litavka river caused by ore processing and repeated failures of flotation settling ponds. In the project scope, risk elements’ concentrations as well as development of root associated microbes and FGT biomass production was carefully followed. Thanks to the performed analyses, impacts of experimental treatments on biomass production and remediation efficiency  were assessed together with the risk evaluation of contaminated biomass incineration. Based on the obtained data and the available literature sources a Handbook for potential growers of FGT crops on contaminated areas was assembled. The Handbook is available free of charge on the request (see the contact information bellow). The project data have partially been published in impact journals while publishing of the remaining data is being prepared. Within the project industrial (design) patent was created (no. 22842 IPO). Model localities has been further monitored within the project “Brownfields – renewable energy source” funded by Technological Agency of the Czech Republic (TA01020366). Long term monitoring of the plantations is intended. The extension of the technology on similar sites is widely endorsed.

More detailed information is available on the project webpage (http://www.eptocol.ibot.cas.cz/)