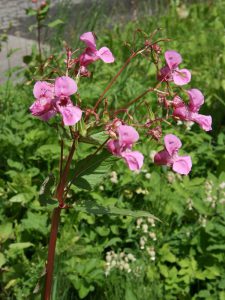 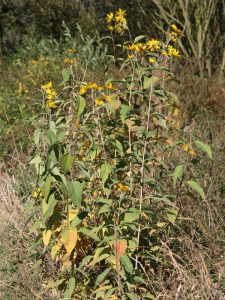 Based on a better understanding of terrestrial and freshwater biodiversity and ecosystem functioning the ALARM project (funded by the EU 6th framework programme; GOCE-CT-2003-506675, www.alarmproject.net), was aimed at developing and testing methods and protocols for the assessment of large-scale environmental risks in order to minimise negative direct and indirect human impacts. Research focused on assessment and forecasting of changes in biodiversity and in structure, function, and dynamics of ecosystems, in relation to ecosystem services, and included the relationship between society, economy and biodiversity. In particular, risks arising from climate change, environmental chemicals, biological invasions and pollinator loss in the context of current and future European land use patterns were assessed.

There is an increasing number of case studies on the environmental risks subsequent to each of these impacts, which yields an improved understanding on how these act individually and affect living systems. However, ALARM was the first research initiative with the critical mass needed to deal with combined impacts and their consequences. Risk assessments in ALARM was hierarchical and examined a range of organizational (genes, species, ecosystems), temporal (seasonal, annual, decadal) and spatial scales (habitat, region, continent) determined by the appropriate resolution of current case studies and databases. Socioeconomics as a cross-cutting theme contributed to the integration of driver-specific risk assessment tools and methods and will develop instruments to communicate risks to biodiversity to end users, and indicate policy options to mitigate such risks.

The ALARM consortium combines the expertise of more than 70 partners from countries all over the world. The project was coordinated by Josef Settele, UFZ – Helmholtz Centre for Environmental Research, Germany.

Institute of Botany was involved via participation of the Department of Invasion Ecology that was a partner in the module focused on biological invasions. For the first time, ALARM brought together many of the researchers in invasion biology who had previously worked on other European projects. Up to 2009, there were at least 142 journal papers and book chapters dealing with biological invasions acknowledged to ALARM (see project homepage for references).

Through ALARM, a conceptual approach naturally emerged which addressed crucial steps or elements of the invasion process at the European-wide, continental scale. The topics studied most intensively included pathways of invasion, the role of habitats, the role of species traits in determiming invasiveness, interaction of alien plants with local pollinators, drivers of invasion, ecological and economic impact of invasions, and risk-assessment. Invasion pathways were conceptualized, described and parameterized based on European data (Hulme et al. 2008). The key role of disturbed habitats in plant invasions and the great richness of aliens these habitats harbour resulted in focus on the patterns of habitat invasibility that were  described and analysed at various scales, including local, national and pan-European, and analysed (Chytrý et al. 2005, 2008a, b, 2009b, Pyšek et al. 2010, Hejda et al. 2009).  A European map of risk from plant invasions was produced (Chytrý et al. 2009a) and used to project future trends under contrasting socioeconomic scenarios (Chytrý et al. 2010).

The nature of studies conducted within ALARM also reflects increasing awareness of the complexity of biological invasions. This is associated with the realization that many factors are involved in determining the outcome of invasions, often mutually correlated and acting in concert, therefore they need to be dealt with together in joint models, in order to assess their relative importance. These studies have shown that the role traits play in species invasiveness can only be properly evaluated if the effect of confounding factors is held constant by using surrogates of propagule pressure and information on residence times (Pyšek et al. 2009a, b).

Another important knowledge concerns the issue of different environmental drivers that rarely act in isolation, therefore it is important to consider their interactive effects. The joint effects of climate change and biological invasions will ultimately lead to the creation of novel communities, which will provide space for the emergence of new relationships (Schweiger et al. 2010). Climate change and biological invasions are key processes affecting global biodiversity, yet their effects have usually been considered separately until recently; in the future the role of alien species should be evaluated in a more dynamic context of shifting species’ ranges and changing communities (Walther et al. 2009). For a complete list of publications see www.alarmproject.net.