History of the Institute of Botany of the CAS

The Institute was established by a resolution of the twenty-first session of the Presidium of the Czechoslovak Academy of Sciences (hereinafter CSAS) held on 20 December 1961, which took effect on 1 January 1962, under the name the Institute of Botany of the CSAS. Under section 18 (2) of Act No. 283/1992 Coll., the Institute became an entity of the ASCR as of 31 December 1992.

Under Act No. 341/2005 Coll., the legal status of the Institute of Botany of the ASCR will be transformed from a state contributory organisation into a public research institution (abbreviated as v. v. i.) from 1 January 2007.

The Department of Ecology was established in 1962 in Brno and included two working groups: plant ecology and palynology, including the paleoecology group.

The Hydrobotanical Department (plant ecology section) was founded in 1971 in Třeboň. Several of its researches founded Department of experimental fycology and ekotoxicology. In 1986 was the Hydrobotanical department divided into four research groups of which two form current scientific departments in Třeboň and subsequently the department itself became Research Division II. From 1998 it functioned as a research establishment of the Institute of Botany and the Biological Faculty at the University of South Bohemia, České Budějovice. The Institute of Botany in Třeboň organizes an annual international seminar on sustainable management and use of ponds, and protection of wetlands. The seminar is for participants from the developing world, and is financially supported by UNESCO.

The Institute of Botany staff is involved in research on taxonomy, biosystematics and evolution of plants and selected groups of fungi, ecology, ecophysiology, phytogeography, vegetation mapping, dendrochronology and palaeoecology, and karyology and population genetics studies, both nationally, and internationally. The Institute of Botany edits much of the scientific research work published in significant Czech and foreign botanical publications, and since 1966 has coordinated the publication of the internationally recognized magazine Folia Geobotanica (ISI). Special attention is also paid to practical aspects, such as the application of research findings to agriculture, nature and environment protection, including water quality, etc. 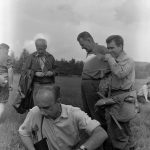 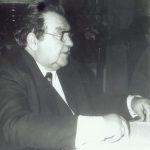 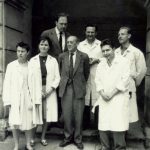 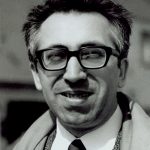