Despite a century of study by ecologists, recovery following disturbances (succession) is not fully understood. This book provides the first global synthesis that compares plant succession in all major terrestrial biomes and after all major terrestrial disturbances. It asks critical questions such as: Does succession follow general patterns across biomes and disturbance types? Do factors that control succession differ from biome to biome? If common drivers exist, what are they? Are they abiotic or biotic, or both? END_OF_DOCUMENT_TOKEN_TO_BE_REPLACED

In February 2020, the Anatomic Atlas of Aquatic and Wetland Plant Stems went out under Springer Publ. after almost seven years of preparation as a result of cooperation between IB researchers Andrea Kučerová, Lubomír Adamec and Jiří Doležal with a Swiss professor Fritz H. Schweingruber.

END_OF_DOCUMENT_TOKEN_TO_BE_REPLACED

33rd Conference of the Plant Population Biology Section of the Ecological Society of Germany, Austria and Switzerland (GfÖ) postponed

The organisers of PopBio 2020 in Prague announce that they will postpone the annual meeting until next year.

In this special issue of Folia Geobotanica, a series of papers about seed responses to environmental drivers across different vegetation types in North and South America, Europe, Asia, and Australia is presented. The thirteen papers are good examples of the many questions that plant ecologists may ask to improve their understanding of the seed germination niche. Go to Contents.

Jan Kolář of the Institute of Botany was awarded the Award of the Czech Academy of Sciences for outstanding results of scientific work, achieved with the financial support of the CAS before reaching the age of 35. Jan Kolář is an archaeologist, his work focuses on connections and interactions between human societies and the environment in prehistory.

Go belowground! with ecologists from Třeboň

From 15th to 21st September we organized third course for young scientists „Go belowground!“ introducing traits of belowground storage, regenerative and clonal growth organs of plants, methods for their measurements and their role in plant ecology. During the course participants have an opportunity to apply newly acquired knowledge in their own measurements and interpret them in context of plant communities. The course lead by researchers from Department of Functional Ecology in southern Bohemia close to town of Nové Hrady hosted 12 participants from United States, Norway, Sweden and Czech Republic. The course was supported by the Czech Academy of Sciences.

END_OF_DOCUMENT_TOKEN_TO_BE_REPLACED

Seminar European orchids in the age of extinction

On Thursday 19 September, 11 a.m., the seminar European orchids in the age of extinction – LIFEorchids: a project for their conservation will take place at the meeting room of the Institute of Botany of the Czech Academy of Sciences in Průhonice Chotobuz. Everyone is welcome. More

New EASAC report “The imperative of climate action to protect human health in Europe” highlights an alarming range of health risks due to climate change and the benefits of rapid phase out of fossil fuels. Blahoslav Maršálek from the Institute of Botany of the Czech Academy of Sciences contributed to the report and says: “We can no longer destroy nature because it has a direct impact on human health – the nervous system, the immune system, reproduction and so on.” Press release

Agroforestry – an Environmental and Production Alternative in Agriculture

END_OF_DOCUMENT_TOKEN_TO_BE_REPLACED

Dr. Harmony J. Dalgeish will give a talk in Průhonice

On Thursday 21 February 2019 at 10 a.m. Dr. Harmony J. Dalgeish will give a talk on Herbivory and functional traits affect the demography of Asclepias syriaca in the Knight’s hall of the Průhonice Castle.

The Department of Functional Ecology, Institute of Botany, Czech Academy of Sciences organizes a PhD course of functional ecology „Go belowground!“ from 15 to 21 September 2019. The course will be focused on theoretical background and practical assessment of plant functional traits which can be found on belowground plant organs in temperate herbs. The application period is open until the end of April. Find out more.

Workshop Progress in the use of UAS Techniques for Environmental Monitoring

Workshop will be held at the Institute of Botany of the Czech Academy of Sciences, Průhonice, Czech Republic, during 27 February to 1 March 2019 as a part of COST Action CA16219 HARMONIOUS – Harmonization of UAS techniques for agricultural and natural ecosystems monitoring. On Wednesday 27 February, workshop with COST Action Lectures and invited speakers will be open to public. Find out more.

New issue of Folia Geobotanica has been published

New issue of Folia Geobotanica (4/2018) has been published. For contents

Special issue of Folia Geobotanica (3/2018) on the ecology and evolution of the Carpathian flora has been published. For contents

END_OF_DOCUMENT_TOKEN_TO_BE_REPLACED

Publishing house Academia released book “ Temperate herbs: an architectural analysis“ by Jitka Klimešová who is focusing her research at the Institute of Botany on functional morphology of plants. Rhizomes, tubers, bulbs and roots of herbaceous plants are overlooked not only due to their position in the soil but also because they are wrongly considered unimportant. This book focuses on these belowground organs as they are responsible for key ecological functions of temperate herbs, like overwintering, clonal multiplication and resprouting after disturbance.

END_OF_DOCUMENT_TOKEN_TO_BE_REPLACED

In the week of Sept 16-22 2018, scientists from the Department of Functional Ecology of the Institute of Botany in Třeboň (Jitka Klimešová, Jana Martínková, Arinawa Filartiga and Ondřej Mudrák) organised international PhD course of belowground functional ecology “Go Belowground!“. The main goal of the course was to introduce functional importance of overlooked traits on belowground organs like clonal multiplication, bud bank size, and plant longevity.

END_OF_DOCUMENT_TOKEN_TO_BE_REPLACED

Anatomy, Age and Ecology of High Mountain Plants in Ladakh, the Western Himalaya

A new book by authors from the Institute of Botany of the Czech Academy of Sciences and their colleagues providing new insights into the anatomy of high-mountain plants has been published by Springer.

END_OF_DOCUMENT_TOKEN_TO_BE_REPLACED

A new issue of Folia Geobotanica has been published – 2/2018

A new issue of Folia Geobotanica has been published. For contents

A new issue of Folia Geobotanica has been published – 1/2018

Environmental controls of raised-bog vegetation in the Baltic boreo-nemoral zone or Diversity and occurrence of herbaceous communities in West African savannas in relation to climate, land use and habitat are among papers published in the new issue of Folia Geobotanica. For contents

Currently there are no articles available.

Institute of Botany of the Czech Academy of Sciences participates in the scientific education of young researchers and, in an effort to stimulate them more strongly to professional growth, launched the GROW programme to support exceptionally talented Ph.D. students. More information here

Looking for an opportunity to develop and recreate your own team? Having the independence to develop your own research ideas and benefit from the unique contribution of our long-lasting institute.

Biostatistician/Bioinformatician for a new department

Looking for an opportunity to develop your own research ideas? Join our new department of Bioinformatics at Institute of Botany CAS (IBOT). More information here 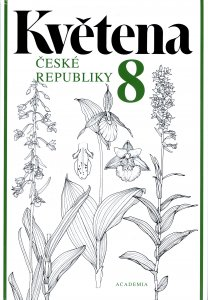 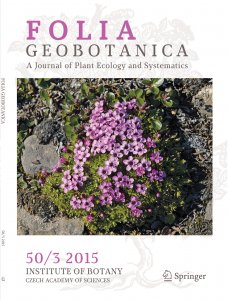